Have you ever run into a favorite author "in the wild"? Did you have the nerve to approach them? We hear two stories from listeners. Next, we talk about what to read after you've finished all of the Stieg Larsson books but still have a craving for Sweden. Lastly, two books we can't wait for you to read: Revolver by Matt Kindt, and Star Island by Carl Hiaasen.

Author encounters of the cool kind:

We start today's episode with a wonderful voicemail from Jarrod in Alabama, who tells of his brief encounter with Harper Lee, author of  To Kill A Mockingbird. I think Jarrod is a far braver person than I would be in those same circumstances, and I'm thrilled that we had just a tiny bit to do with Jarrod having the opportunity to meet such an esteemed author. Melissa Klug, whom you met in BOTNS #73, emailed to tell us about her chance encounter with author Neil Gaiman -- and the Dead Sea Scrolls. You'll just have to listen to the podcast to hear the whole story.

As we've traveled through New England visiting bookstores this week, we saw so many displays of Scandinavian mysteries. Inspired by the oft-asked question, "I've read all of the Stieg Larsson books, what should I read next?", bookstores have put together creative assortments of titles that will appeal to those who like their crime novels set in Sweden. Some of the authors we spotted: Woman with Birthmark by Hakan Nesser

The Cruel Stars of the Night by Kjell Eriksson

The Water's Edge by Karin Fossum

And the pair that may have started it all, Maj Sjowall and Per Wahloo. Beginning with Roseanna in 1965, the Swedish couple wrote a series of 10 police procedurals featuring detective Martin Beck. These books were the precursors to the modern-day crime thriller, and there are many similarities between them and the Stieg Larsson books. Sarah Weinman has more information on the pair in her Daily Beast article. 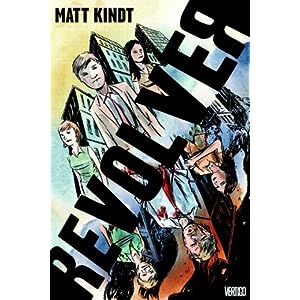 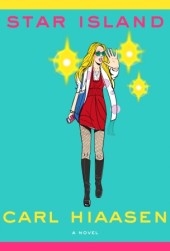 Michael raves about Revolver, an original graphic novel (never before in comic book form) by Matt Kindt. It's the story of Sam, who has a dead-end job and a materialistic girlfriend, but one day finds himself splitting his time between his ordinary world, and a world where there has been a major terrorist attack. Ann talks about Star Island by Carl Hiaasen, a quirky crime novel starring a drug-addled young celebrity and her body-double stand-in who has been kidnapped by a crazed papparazo fan.