BOTNS Podcast #113: These novels are a work of art!

This week we announce a new reading challenge, talk about novels with an art focus, and share our two books we can't wait for you to read: Vietnamerica by GB Tran, and The Illumination by Kevin Brockmeier.

Starting in April, we will have a monthly online chat about one of the books. Our first book with be Something Missing by Matthew Dicks.

For the complete monthly schedule of which book we will be talking about when, please see the official challenge page.

Kathy from our Goodreads group asked to hear a podcast devoted to books about the art world.

Susan Vreeland has written 6 books that all relate to art of some sort. They include:

Stephanie Cowell, who has also written novels about Mozart and Shakespeare, wrote a novel called Claude and Camille, about Monet’s first wife and his model for many paintings including Camille (The Woman in the Green Dress).

and coming out on April 19th is Leaving Van Gogh by Carol Wallace, the story of Van Gogh’s final days as told by his personal physician Dr. Paul Gachet.

Pictures at an Exhibition by Sara Houghteling is a novel about the the art world in Paris before and after World War II. Houghteling's characters are based on the Picasso's real-life art dealer before World War II, and Rose Villand, a woman who was instrumental in the recovery of art looted by the Nazis during the war.

The Birth of Venus by Sarah Dunant is not about a particular painting, but is the story of a young woman in Renaissance Florence who becomes fascinated by a Northern Italian artist, and the process of creating art.

We also found an extensive List of novels about art,  on  the Art Education Yahoo Group. Check it out if this is a topic that interests you. 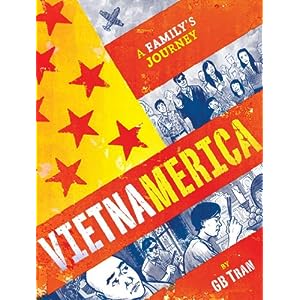 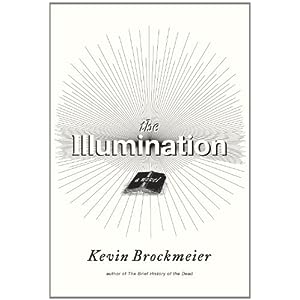 Michael talks about Vietnamerica, a graphic memoir by GB Tran about a family trip back to Vietnam and the author's discovery of the real truth about the family. My segment 3 book is Kevin Brockmeier's The Illumination, which will be published in hardcover on February 1st. Described as "a literary Valentine," it's a magical novel about love and pain.